Long before there were such things as "surf cams," "surf schools" and slick, Escalade - driving surf teachers dubbing themselves "Malibu Mitch" or "Malibu Whomever," there was primarily one person, Joel Shultz (www.surfthebu.com ) accomplishing the lion share of private surfing lessons in Southern California.

A native Angelino, Joel, already well into his third decade of teaching, has been actively surfing these local Southern California beaches for over forty years and counting.

Considered one of Southern California's most prolific instructors, he's logged in more lessons than anyone this side of Rabbit Kekaii ! (legendary Hawaiian beach boy)

Perhaps Joel's most notable teaching qualification, aside from his steadfast patience, unbridled passion and dedication to the sport, would be that he grew up in Los Angeles in the early 60's, and this opportunity afforded him a ringside seat at world famous Malibu Surfrider Beach.

Here he could study, analyze, marvel at, and ultimately surf alongside the legendary masters of Malibu in their prime: surfing icons like Mickey "Da Cat" Dora; Lance Carson; Dewey Weber; Mike Doyle; and local heroes like "Cowboy" (Phil Henderson) and "Moto," all working their magic across the perfect ruler-edged waves of Malibu's famed first point.

Over the years, Joel has appeared as a guest on "The Today Show" (discussing teaching over-forty year old women as opposed to younger women); "The Best Damn Sports Show Period" (teaching a Playboy Bunny and her date to surf); has been quoted in "The Wall Street Journal" (El Nino's effect on surfing related injuries); and was the subject of a newspaper article in the "Los Angeles Times" ("Greetings from Zuma Beach").

He has trained and coached several celebrities to surf including Pierce Brosnan, Steven Guttenberg, Tia Carrera, Anna Sophia Rob ("soul surfer"), the late Tony Scott, soap star Ilene Davidson, the families of Danny Devito, Cybil Shepard, Dustin Hoffman, and Dino De Laurentiis. He has been featured as a surfer in TV shows like "China Beach", "Rockford Files", "California Dreaming", and "Zuma Beach". He has also surfed in the films "Big Wednesday", "Rich and Famous", and "The Devil and Max Devlin". He has even appeared surfing stunt doubling for McDonalds and 7-11 commercials.

"To be sure, in Southern California Joel's a pioneer in the field."
Davey Hilton - Surfer, Hotelier and Hilton heir

"Thanks, Joel, for the great lesson! You make learning to surf a breeze! Here are some pics we took."
- All Best, Julia

"I have been meaning to e-mail you and thank-you for the great surf lesson that Ryan had with you! You were so patient and kind to him. You explained everything and he did well! It was so nice to meet you! Take care and will try to forward video of him surfing." - Thanks again, Mary

Joel trained a champion -- and you might be next. Let's go surfing today!! 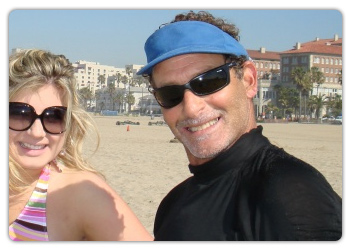 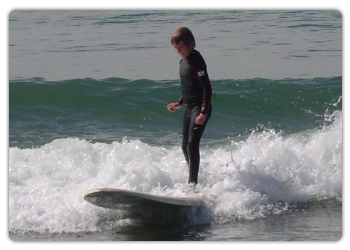 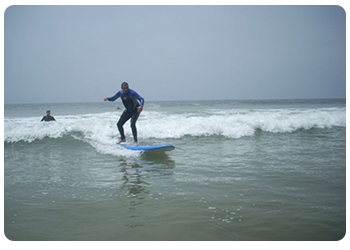 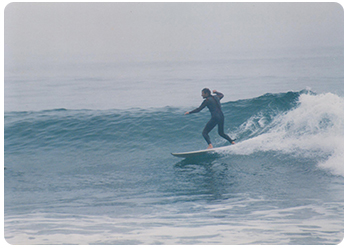 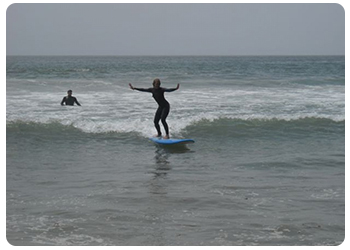