Welcome to L.A.
By Joel Shultz 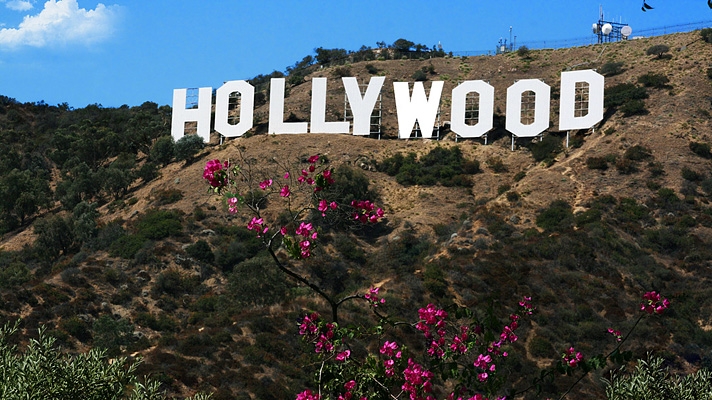 Late 50's-early 60's Los Angeles wasn't at all the congested, Starbucks-addicted, text-happy, smoggy eyesore that we know today. Times back then were calmer, cleaner, and a helluva lot more innocent. It was a time before L.A. began leveling and carpet-bagging many of its own signature cultural landmarks, replaced today by strip malls as far as the eye can see. If you're a tourist be prepared for concrete parking structures, hideous gridlock, putrid smog, and blot-out-the-sun megabuck monoliths like the Beverly Center.

The L.A. I knew as a teen (60's) was a culture devoid of "crack ho's," Venice Beach type hucksters and shucksters, trigger-happy gangs and police, drivebys, enforced layoffs and vacations, humiliating frisks at airports, Santa Monica Boulevard trannies, computer viruses, and homeless - the word hadn't yet been popularized.

Growing up during the 50's virtually in the center of Hollywood (Barton Avenue near Willoughby), we befriended our neighbors and pretty much knew the names and occupations of most everyone on our block. Neighbors did small favors for one another, whether it was last minute baby sitting or lending out a tool, and nobody expected anything in return. There was a sense of community and camaraderie, replaced today mostly by distrust, indifference, and even fear.

In fact, the most severe crime I recall in our 50's neighborhood was the night Raymond and George Carson, two local bully brothers, stole the hubcaps off our next door neighbor, blue-haired Miss Hartzen's car (who stepped up and consoled my mother, as only a woman can, the night my grandmother died). It was one of the rare times I ever recall seeing a black and white police car parked on our block.

We boomers have serene memories and flashbacks from our youth. My personal favorite snippets are the conspicuously light traffic (3 million population compared to today's 13 million), the bright and early distant but approaching siren call of the Sunday paperboy delivering the paper door-to-door on his red wagon, and the intoxicating aroma of fresh Lox, cream cheese, and onion bagels from one of those glorious delis that used to be on Western by Sunset. Another favorite one was the little old blue haired ladies weeding their immaculate Dichondra lawns on the weekends, and offering us fresh homemade lemonade and cookies as we rode by on clay-wheeled skateboards or fastback Stingrays with goosenecks and risers.

But that's not all --- be forewarned of the intentionally misleading No Parking signs (can cost a small fortune if ignored or misunderstood), "Big Brother" cameras mounted on strategic traffic signals, and last, but certainly not least, the frustrating, maddening, claustrophobic gridlock! I recently waited fifteen minutes in traffic trying to make a simple left turn onto Beverly from La Cienega.....Welcome to L.A.!!

Now, don't get me wrong.....There are still more than enough wonderful things around that make L.A. and its suburbs desirable locales to call home-One just needs the patience to get to them: the local sultry beaches; the Observatory; Ferndell; The Hollywood Bowl; Staples Center; the long stretches of nearly perfect weather; the Museums, the idyllic canyons and parks; "Musso & Franks," "Canters," "Pinks," "El Coyote," Dick Dale and his surf guitar, and "El Chollo."

But back in the day there was a place that every Angelino worth their salt, at one time or another frequented-That most classic of Cultural landmarks, "The ('We Never Close') Hollywood Ranch Market."

Just as we Angelinos mourned the passing of such classic Hollywood eateries and institutions as "Sherry's," "Ships," "Frascatti," "The Shack," "The Akron," (where you could spend an entire afternoon browsing their diverse inventory), "The Brown Derbies," "Ollie Hammonds," (that was SOME breakfast!), "Don the Beachcomber," and "Tiny Naylor's," (where we chomped down cheeseburgers, fries, and malts served by carhops and preyed to God that two girls would pull up next to us), we especially hated losing "The Hollywood Ranch Market."

Located on Vine between La Mirada and Lexington, (now the home of Staples and El Pollo Loco) "The Ranch Market," doorless, with its rather seedy aisles, its log-lettered sign, and Asian style roof design, boasted a newsstand half a city block long. It also featured a sidewalk snack bar that served a mean steak sandwich, not to mention a twenty-foot long doughnut-making "assembly line." You could stand there and watch your doughnut made from scratch, viewing each cholesterol-filled, greasy step, until finally the finished product dropped down through a chute into your patiently-waiting hand, usually accompanied by a steaming cup of equally fresh coffee.

Though the outside of "The Market" reeked of grease , flour, and molasses, inside one could find some of the juiciest, oversized fruit sold anywhere in Los Angeles. If you dared bite into one of their ripe plumbs or apples, for example, you ran the risk of being squirted by juice all over your chin and chest. Just try to find something comparable today-a daunting challenge to be sure!

A certified tourist attraction as well as a local's hangout and gathering place, "The Ranch Market", throughout its existence, was a people-watching delight that attracted a cavalcade of characters ranging from the occasional Brooks Brothers sophisticate to Hollywood's most shabby. But more importantly, it brought together offbeat weirdos, ordinary people, various celebs, character actors, Lifer Hollywood "Extras", an occasional rock star sighting (Morrison, Joplin, Hendrix, and Arthur Lee of the L.A. group, "Love"), writer and producer types, and of course, late night insomniacs.

Steve Allen, whose studio theatre was located across the street, exploited "The Ranch Market" incessantly, rarely finding a shortage of characters to interview, whether they were actual shoppers, or the hilarious characters from his "Man on the Street" skit, which featured comedians Don Knotts, Louie Nye, Tom Poston and others.

There were giveaways, special promotions, free samples, and autograph signings sponsored by "The Market." In 1959, the year the Los Angeles Dodgers won the championship, i waited in a modest line in the liquor Dept. to meet and receive an autographed 8" by 10" black and white photo of my then favorite Dodger, 2nd. baseman Jim "Junior" Gilliam.

And quite possibly, on any given night, one would find local boxing icons Art Aragon (the original "Golden Boy"), "Irish" Mike Nixon, or Hedgemon Lewis, hanging out by the snack bar kibitzing with the crowd, swapping boxing tales and throwing phantom right crosses or left jabs at the air. Oh, there were also showings by lesser pugilists, usually washed-up, broad-nosed, cauliflower eared heavyweights like Melo Alexandria, or Clay Hodges, who somehow actually defeated George Foreman during the amateurs.

After finish shooting his early 50's sitcom, "Hey Mulligan" at nearby Republic Studios, where he played a 20-yr. old page at a network (he was 34 at the time), Mickey Rooney, often accompanied by lifelong sidekick and stand-in Sig Froelich (Siggy), would show up at the Ranch Market for the fresh doughnuts, joking with the locals, shaking hands, and jiving with the amputee selling papers on the corner, "Gooch the gimp."

The rumor that circulated was that way, way back in the day Siggy had helped "The Mick" out of a serious jam, possibly saving his life. There were mob undertones. Although no one seemed to know or divulge any information concerning the conflict, it resulted in Mickey rewarding Siggy with a boost up "The Hollywood ladder of success." Besides being Rooney's stand-in, Sig Froelich ended up appearing in most every Rooney production, both film and television, and got lines (small speaking roles) in many of them. He even scored co-star billing in the film, "Kid McCoy," playing Mickey's boxing trainer.

The nocturnal, struggling bit-part actors and lifer career Extras who dotted the "Market's" landscape, glancing the "trades," nibbling and schmoozing, were cordial to Siggy, but most certainly jealous and resentful of his "silver-platter" ascension, however fitting it might have been.

And on the seedier side, a pimple-faced Hollywood High "greaser" named "Otto", clad in black trench coat and "Sir Guy" shirt buttoned up to the top (most likely lifted from then iconic clothiers "Mattson's" on Hollywood Boulevard) held court over the tator-tot section.

Hollywood's first official homeless woman, a toothless old gypsy named "Quintana," nervously paced the "Market's front sidewalk on Vine, mumbling to herself and casting spells on anyone who stared at her too long and hard. She slept in a broken down Woody in the back alley, smoked a corncob pipe, read palms for change, and sported a growth on her forehead that looked like a red "Cyclopean" third eye.

Located walking distance from "The Ranch Market" was Hollygrove Orphanage, or as we Vine St. elementary students called it "The Home." A significant number of its children attended Vine Street, where your classmates could have easily been child star Stan Livingston (on days he wasn't shooting) who played "Chip Douglas" on the immensely popular T.V. show, "My Three Sons, or possibly brother Barry ("Ernie" on same show), or maybe Allan Costello ("One Million B.C."), or little Evelyn Rudy, whom everyone recognized from commercials, plays, or print ads.

Sometimes Stan changed from blond, to redhead, to brunette, depending on the project he was involved in at the time. we all envied their glamorous lifestyles, and it was certainly a marked contrast to the way the rest of us rather blue collar students lived our more mundane lives, but in retrospect, it had to be tough, what with the long hours, the pressure to perform and stay in the limelight, the competition, etc.

I think that with its indoor-outdoor character, its unique ambience and charm, its varied and eclectic cast of characters, and its "We never Close" decree, it's safe to say that L.A. will never again see a market quite as special as "The Hollywood Ranch Market" and with its final passing, this town has lost an irreplaceable chunk of its soul.